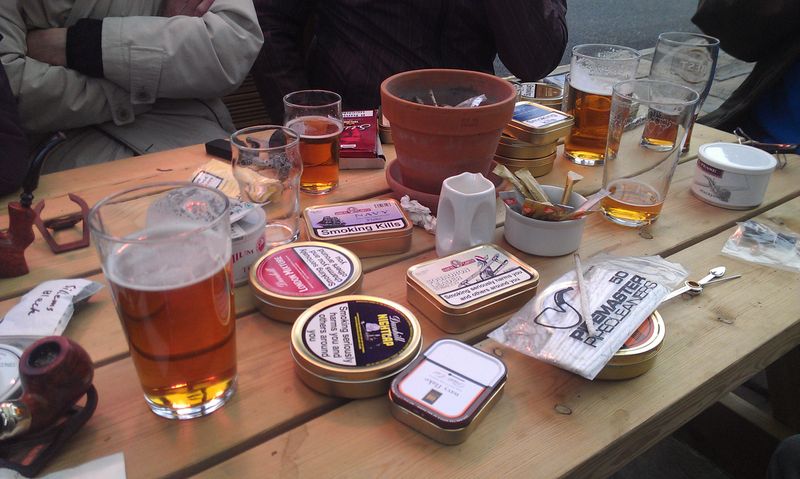 For the December meeting, I was joined by Colin and John (who had both escaped from Christmas shopping lol).

John enjoyed some Mac Baren's Navy Flake, in a no name bent billiard before trying some Dunhill's Royal Yacht in a Falcon.
Colin couldn't stay long so just had time for a bowl of Samuel Gawith's Squadron Leader, in a very handsome Savinelli Oscar.
I started the afternoon with some Peterson's Nutty Cut, in a Peterson Donegal Rocky bulldog before moving on to some Mac Baren's Vanilla Cream, in a smooth Peterson 302 Standard System.

Before the guys left, we had the draw for the smooth Peterson 314 Standard System. Congratulations to Myles for having the winning ticket! Hopefully he will have his new pipe in time for Christmas. Thanks again to Rob Young of Gawith Hoggarth for generously providing the prize. There will be more raffles in the future for tobacco and other goodies.

On a side note. This was almost exactly a year after our first meeting. Unfortunately, numbers haven't grown as fast as I hoped but I am pleased to report that we're still having fun!
Posted by EPC(Peter) at 20:44 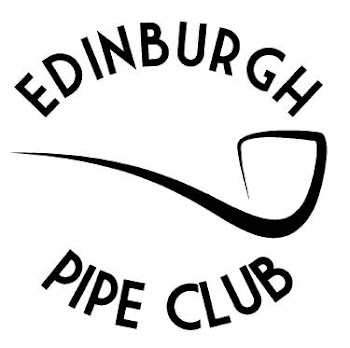 We are not alone!

we are in
Britaine.co.uk
Midlothian